This review is also published at: https://bengalurureview.com/2019/03/07/lgbtq-indian-cinema/

I recently had the chance to watch the Hindi film, Ek Ladki Ko Dekha Toh Aisa Laga (dir. Shelly Chopra Dhar). While it would be an exaggeration to call it great cinema, I did enjoy it enough to think about the progression of mainstream Bollywood cinema over the last couple of decades in the LGBTQ sphere.

There probably has never been a film with the theme of same-sex love in the rom-com commercial film space in India. Sure, there have been some notable efforts in the serious or parallel cinema space, but the closest we get in big budget Bollywood is the gay friend or exaggerated posturing in the name of humor. In the latter category, I have to admit that 2008’s Dostana has always been a bit of a guilty pleasure – the kind of film I know I shouldn’t enjoy but, for the most part, did.

But what Shelly Chopra Dhar’s film does is bring out the idea of the central romantic pair in a mostly lighthearted film being a lesbian couple. Yes, it doesn’t ask too many uncomfortable questions beyond this premise, and it skirts over the question of physical intimacy between the two lovers, but it still does enough. And more to the point, even if it may not be appreciated much by hardened critics, it brought it out in the stage, almost camp melodramatic fashion that conventional Bollywood specializes in. This is important, as it would invariably help it reach a bit of a wider audience with such kind of treatment; the same way Akshay Kumar’s well-intentioned ‘message’ films are packaged in a family friendly manner – it may not appeal immensely to film connoisseurs but will help the general public appreciate its message a little bit more perhaps by speaking in a language which the film going audience in the country understands. 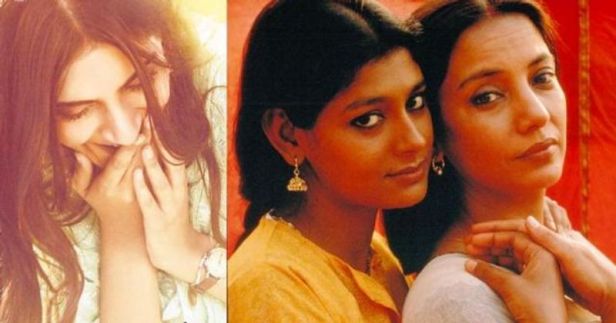 This thought brings me to another facet of this kind of cinema. There have been some good films made in this space in the past, but their treatment as serious cinema may have left them with little in the way of exposure to many film lovers. Of course, the most famous of these was Deepa Mehta’s Fire, the release of which in 1996 stoked public displays of fury and resentment at what was perceived as a dishonor to ‘Indian Culture’, that ubiquitous epithet for anything outside the bounds of ‘normal’ middle class social etiquette. Considering that kind of ignorance, the acceptance for Ek Ladki Ko Dekha Toh Aisa Laga over the space of a couple of decades is laudable. But even Fire, I felt, diluted its message a trifle by suggesting that it was the lovers’ dissatisfaction with their cloying marital life that led them to each other.

This all brings me to an interesting Malayalam film I had caught around a decade ago. This was prior to the post-Traffic 2010 re-invigoration of Malayalam cinema which brought the industry into a brave new world. The period of 2000-2010 was a bad time to be a fan of Malayalam cinema. Inane superstar based vehicles trying to ape similar fare of the neighboring states ruled the roost and good films or interesting premises were few and far between. One of these few interesting films was ‘Sancharram – The Journey’, a film written, directed and produced by Ligy J. Pullappally, someone I hadn’t heard of before and haven’t heard about since. She appeared to have come across, by way of an email forward, the story of two girls in Kerala who went through emotional turmoil because society wouldn’t let them be who they were, a sadly recurring theme among the LGBTQ community in our country. In her own words, which I came across in an article around the time:

“On January 25, 2000, I received an email about a young woman at a university in the South Indian state of Kerala. She and her girlfriend had fled the school, presumably under the threat of expulsion as a result of the rumors of their love affair with each other. The women were recovered and sent back to their respective families. The next day, one of the young women’s body was found floating in the reservoir of a dam. It was a tragic loss of young life and potential, a suicide. It was, I would learn, an all too familiar circumstance in the South Indian state of Kerala.”

Despite the film getting some appreciation at the Kerala Film State Awards of 2004, it’s not been remembered or viewed enough in wider film circles. The story focuses primarily on two adolescent girls in a village in Kerala. Together since childhood, they gradually realize that they have feelings for each other. How they and others around them in the conservative Kerala village deal with this, forms the rest of the story. It beautifully evokes the alternative sexuality the girls had to come to terms to, and captures their confusion and mental ambiguity in a lingering build up. The physical intimacy is not explicit here, but the quiet sensuality of some of the scenes are sure to stay with the viewer. The shattering of childhood innocence and the mortification that accompanies adolescent awakening is captured particularly well in the predicament Kiran finds herself in, as she comes to understand the nature of her desire for Delilah. The culmination of the characters’ journeys are not as clean cut as Ek Ladki Ko Dekha Toh Aisa Laga, and we know there is going to be perennial angst and guilt here.

That doesn’t mean that a film like Ek Ladki Ko Dekha Toh Aisa Laga is not important in its own way. As I’ve already said, we need films which will reach more of the general population in its simple exposition of a complicated situation. But it would be nice if that leads people on to watch the smaller, more personal works like Sancharram which would not have got anywhere near the kind of audience it deserved in India. Personally, perhaps because the cultural milieu is more recognizable, I find them much more appealing than their foreign counterparts. And this relatability is the key to understand why such films need more exposure and support.